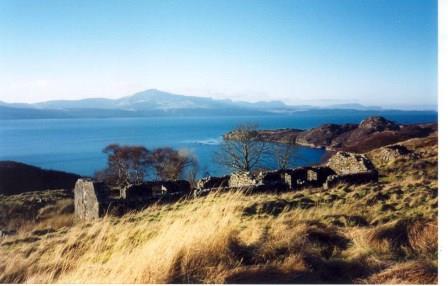 ACFA’s first report on a settlement in Raasay was published in 1995 and we returned annually (except 2001 – Foot & Mouth restrictions) until the final survey in 2009 . A group of volunteers surveyed for a week and each year teams recorded the remains of an abandoned settlement while others field walked the surrounding area recording what they found beyond the settlement boundaries. The archaeology on Raasay is plentiful and varied, ranging from the Mesolithic through the pre-historic and early historic periods to industrial archaeology connected to the early 20th century iron mines. The Association eventually completed the survey of the whole island to provide a record of life and land use through the millennia.

The survey is directed jointly by John Macdonald and Scott Wood