Following the recent launch of Dig It! 2015 and the Rouken Glen Project, an assessment was made of the site of the Rouken Mill. The remains proved to be more substantial than first thought although the site is quite precarious and threatened by saplings and encroaching shrubbery. Photographs of the site have been posted in the gallery. The mill is possibly the oldest structure in the park, being associated with the original Rouken settlement first noted on the Pont map.  Following sensitive clearance of the site, to be arranged by the park rangers, it is proposed to survey the mill and its surroundings which include two possible small associated structures and extensive rig and furrow.  Thanks to Ian Marshall for photographs. 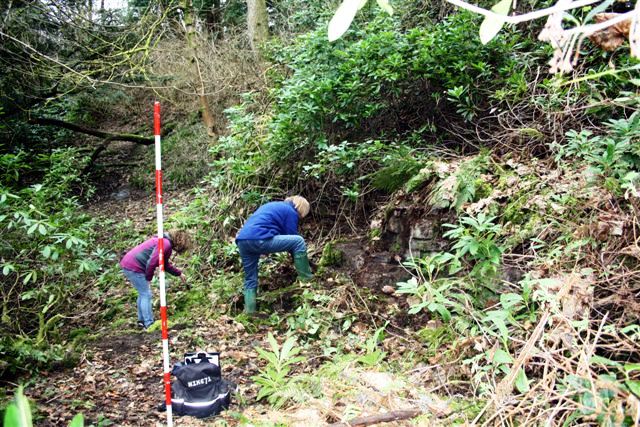