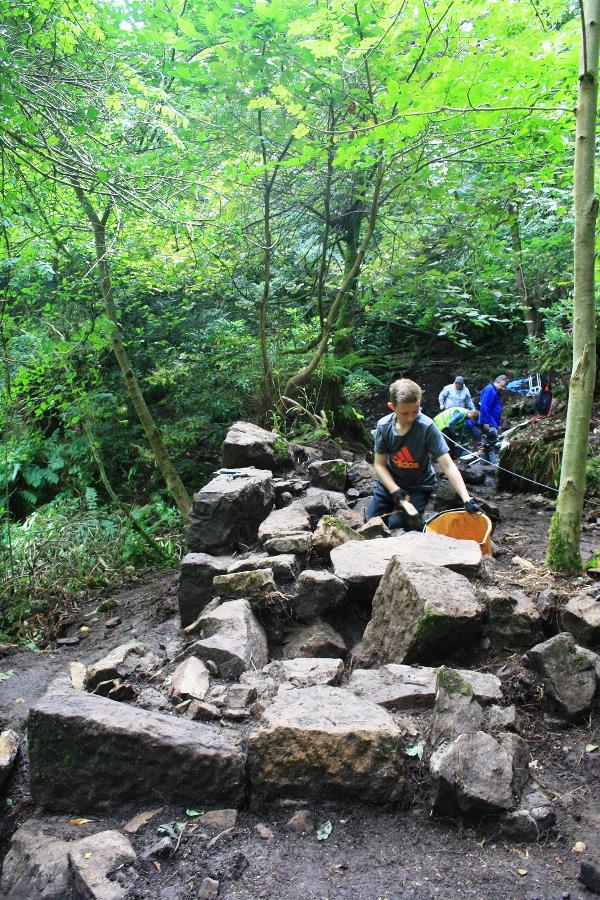 Several members of ACFA participated as volunteers on this Archaeology Scotland run dig at Rouken Glen.

The site is recorded on a 1789 estate plan as a feature on the side of the gorge below the settlement of Rookend, one of the oldest in the modern park.

Trenches opened at either end of the small structure elucidated the probable site of the mill wheel and pit, and half of an impressive millstone but as always problems and conundrums in the nature of the working mill and its lades.

Internally potential deep layers of rubble obscured any  attempt to reach the work floors but planning and analysis clearly indicated a more complex building history than its modest appearance suggests .

Terrain laid down for a possible return and plans for a fuller topographic campaign in October.