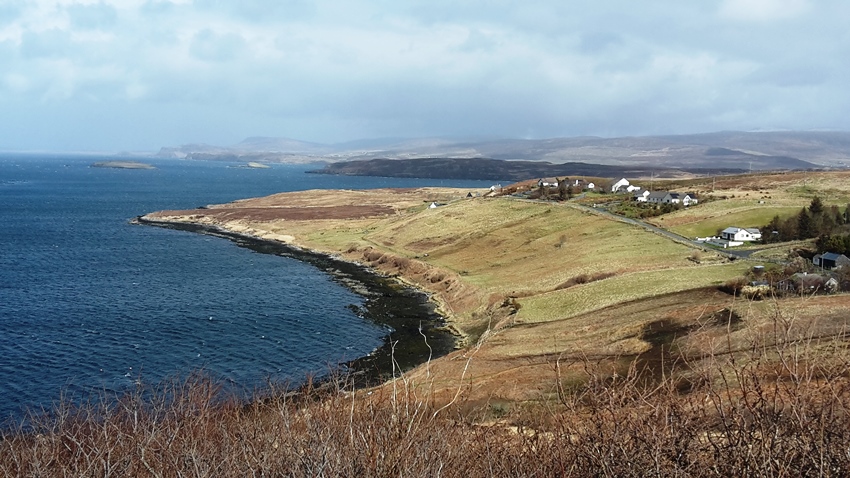 On a cold, wet and windy Monday at the end of March, 18 ACFA volunteers gathered at the Tongadale Hotel in Portree for the survey of the townships of Kildonan and The Fanks.  In theory we would be surveying Tuesday to Thursday inclusive but the fates had other ideas!!  On Tuesday morning we gathered at the site intending to have an overall view of the area from the top of a convenient rise called Cnoc Aluin (where the EDM was to be sited).  The wind was so strong that we had difficulty staying upright and the frequent showers were of rain, sleet, snow and hailstones; the temperature was about 3 degrees C.  It was generally agreed that surveying was a foolish idea but the teams took themselves off to their respective areas to have a recce and identify what needed to be done so the day wasn’t completely wasted. On Wednesday the wind had dropped to a steady Force 7, the hail showers were less frequent and the temperature rose to a balmy 6 degrees at one point so our intrepid ACFA volunteers set to work.  Thursday turned out to be the best day – fairly calm and dry with sunshine – and the bulk of the surveying was completed with teams who were finished helping out with those who weren’t.  Considering the weather and the situation of some of the remains it was a triumph! Wendy’s team in particular vanished into a horrible patch of low conifer woodland each day and emerged in the evening scratched and bent but undaunted!! 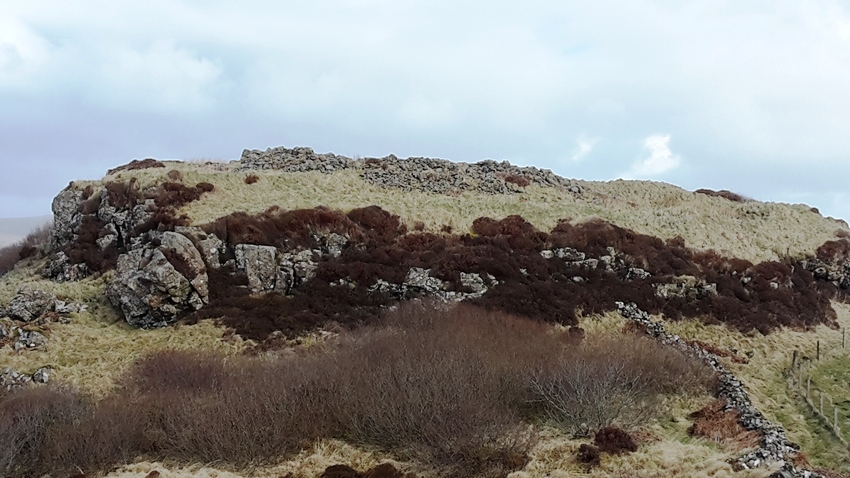 The hotel was comfortable and the staff were helpful and kind.  The food was plentiful and good and it had wifi, which was a plus given the very poor mobile service in the area. The company as always was good and the repartee was sparkling when we could stay awake past 9.30 p.m.

Once again I was awed by the willingness of ACFA members to give of their time and money to take part in a survey without complaint in very difficult circumstances – to one and all go heartfelt thanks and admiration. Anne MacDonald