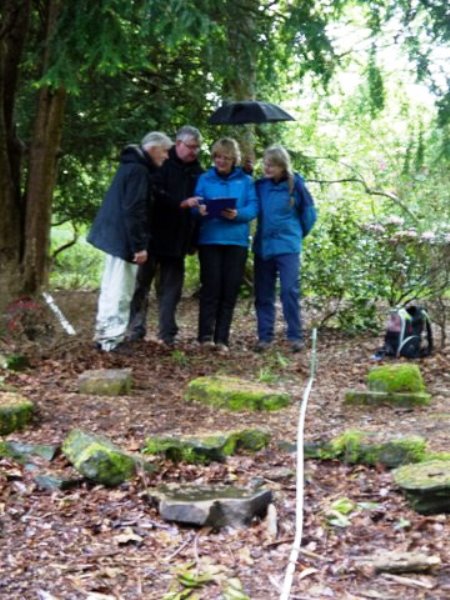 Another group of would-be field archaeologists took part in this year’s weekend field survey course in association with Glasgow University’s Centre for Open Studies.  Held on Saturday and Sunday of the May holiday weekend the weather wasn’t as kind as last year but nothing dampened the group’s enthusiasm.

After a classroom-based introduction the group embarked on a guided walk round the archaeological highlights of Pollok Park including a never previously surveyed enigmatic stone garden feature.  On the Sunday three survey teams were formed, each under the supervision of an ACFA tutor, and set to work getting to grips with the skills of surveying and drawing.  The teams proved that they had ‘the right stuff’ by working through torrential rain until they had completed their drawings.