ACFA and local volunteers led by Phil Richardson and Fiona Watson from Archaeology Scotland participated in a week of excavations in generally fine weather to attempt to identify any surviving remains from one of the earliest printworks in Scotland, established on the banks of the Auldhouse Burn now in Rouken Glen Park. This complements the work undertaken last year further up the burn on the site of the earlier grain mill at Rouken.

In the late AD1770’s a Robert Osborne swiftly bankrupted himself erecting the Newfield Print Works on the site, which were then acquired by the Crum dynasty from AD1789 – 1895, as part of their development of Thornliebank into a textile empire which embraced the area into the 1930’s. 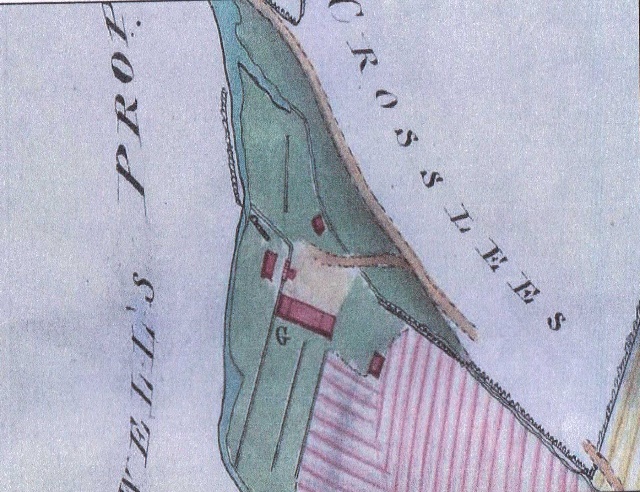 An AD1789 survey of Osborne’s mill at Brocklees clearly identifies five structures and a well-built lade tapping the burn. This mill vanished under Crum’s expansion in the mid AD19C but the OS AD1858 map suggests that lengths of the original mill lade might have survived within the area of lades of milky grey water, overgrown and infilled reservoirs, subterranean overflow channels and moss covered weirs of masonry blocks which remain. It now potentially lies under a steep wooded embankment immediately to the north of the current main car park. A series of metre test pits were laid out running from the revetment of a later weir which submerged the length of its predecessor, to the current embankment at Rouken Glen Road.

No convincing indications were detected in such a short programme, but expectations were 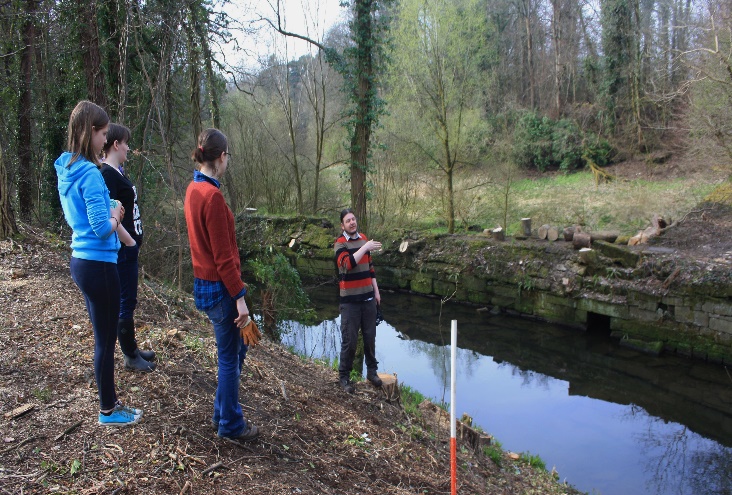 encouraged by the observation on a day of clear sun of a submerged flagged length of a narrower lade line, under the waters of the weir pond. Projection of this line to our slope suggested that the alignment may have been a metre higher than the test pit run and awaits deeper investigation.

The ACFA team consisted of Janie Munro, Susan Hunter (with granddaughter Emma), Ian Marshall and Ian McAdam, regular local archaeological graduates, Amy and Catherine – and a range of local volunteers. Children enthused with supervised trowelling of Granny’s china pieces and subsequent careful attempts to reconstruct a decent tea service, a range  of other ceramic offerings (including a shard of possible green glaze) and encrusted iron ‘wonderful things’, and the adults enjoyably disgraced themselves wading through the weir with a ranging staff to plot in the submerged lade.

“And then what larks we shall have Pip”.